Viscoelastic postseismic deformation after the 1964 Mw9.2 Alaska earthquake extends thousands of kilometers from the rupture region and lasts for decades, providing unique opportunities to better understand the three-dimensional rheological properties of the Alaska subduction zone. We have optimized a three-dimensional viscoelastic finite element model to study processes that control the postseismic deformation of the 1964 event. 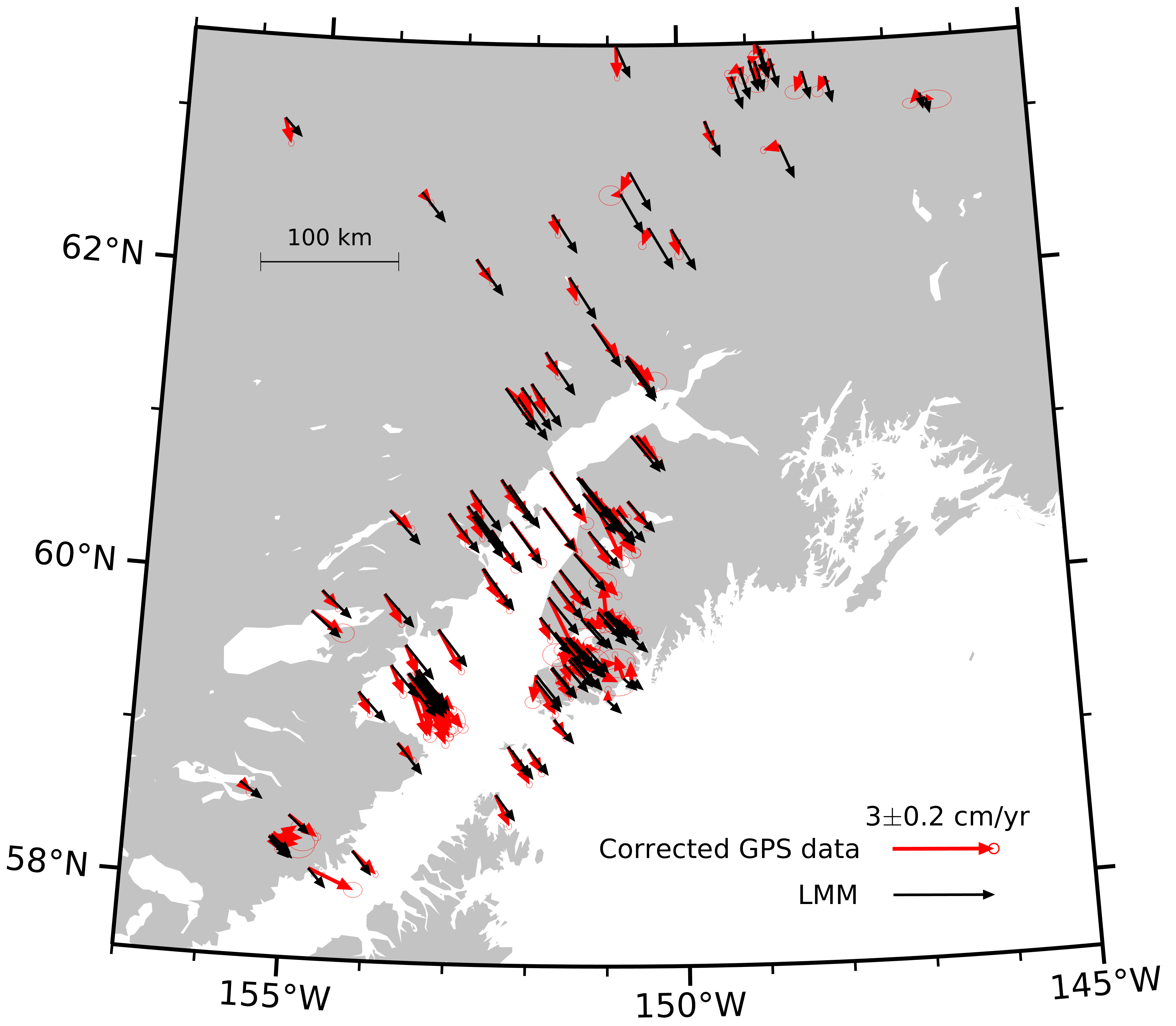 The model has determined the viscosities of the mantle wedge and shear zone to be 3 x 10^19 Pa s and 8 x 10^16 Pa s, respectively. The afterslip takes place mostly within the first 5 years after the earthquake and is up to 4 m, equivalent to a modeled earthquake of Mw8.5. Model results reveal a spatial and temporal correlation between the afterslip distribution and later slow slip events.

The model predicts that the surface deformation about 200 years after the earthquake will be controlled mostly by the relocking of the fault. Further tests on the impact of lateral variation in the mantle wedge viscosity indicates that the viscosity in the continental upper mantle thousands of kilometers from the rupture area may be about an order of magnitude higher than that of the mantle wedge in the subduction zone.