Global Positioning System observations in Southeast Alaska show evidence for interannual variations in uplift rates, which are consistent with an acceleration of mass loss rates across the region from the 1990s to 2012. We constructed an updated regional loading model based on updated twentieth century average deglaciation estimates. 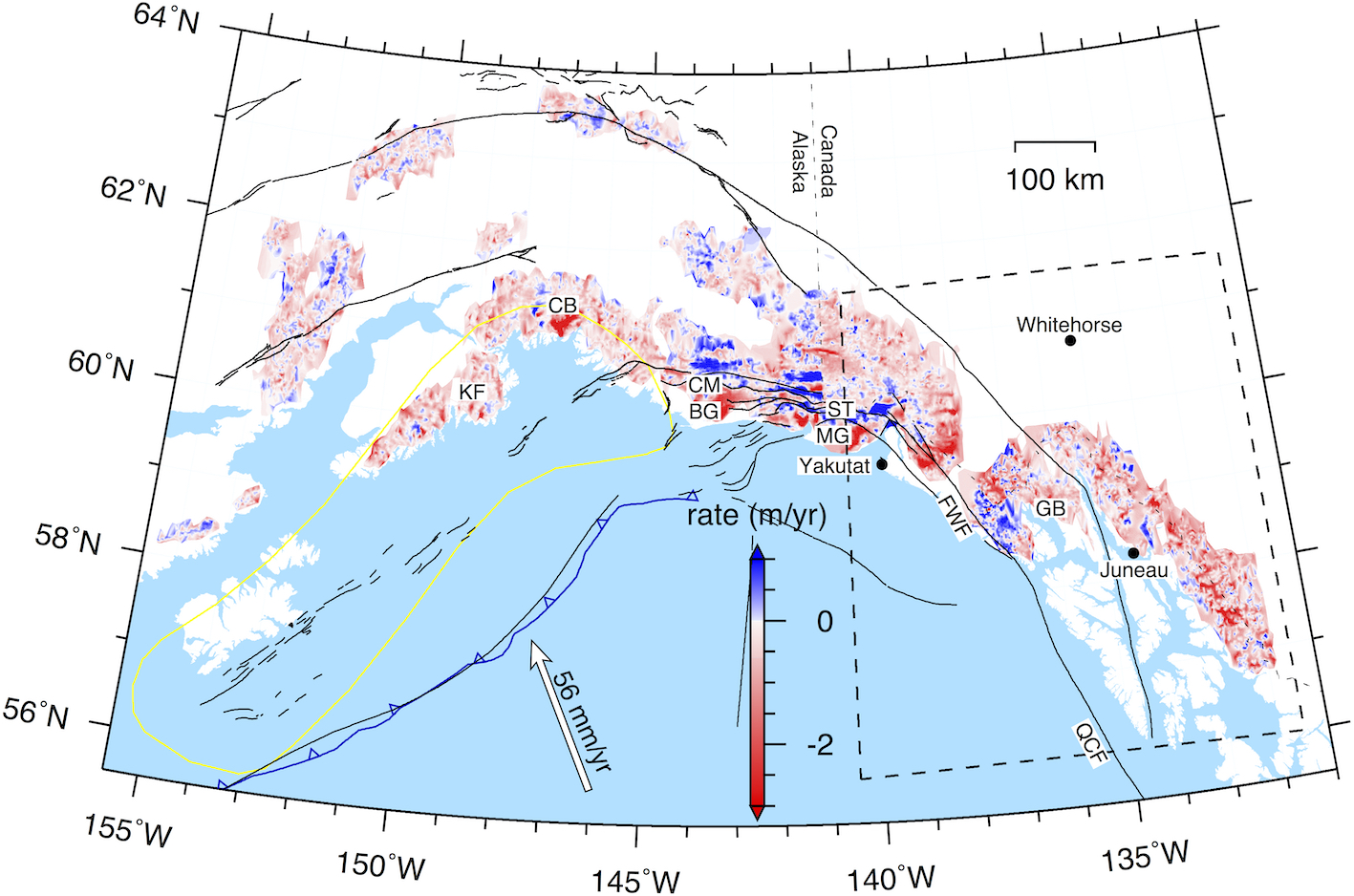 This model features a larger mass loss rate overall than the model used in previous studies. We adopted a viscosity model with an upper and lower mantle viscosity from VM5a but with a low viscosity asthenosphere as in previous regional studies.

We also studied the effects of the Last Glacial Maximum (LGM)

and the Little Ice Age (LIA) in Cascadia on the present surface deformation.